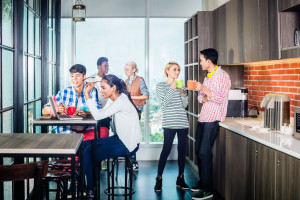 Small businesses have a big impact on the U.S. economy. Did you know that small companies create two out of every three new jobs in the United States each year? That’s a big share of U.S. employment growth. More than half of Americans either own or work for a small business.

Here are five other facts you may not realize about small businesses:

3. Small and medium-sized companies account for 98 percent of U.S. exporters. There is considerable work to be done in this area, however. Less than 1 percent of all companies export. That’s a percentage that is significantly lower than all other developed countries. Of U.S. companies that do export, 58 percent export to only one country.

4. Amazon, Google, Microsoft and other high-tech giants may dominate the headlines, but nearly all high-tech companies are small businesses.

5. Immigrants make up about one-seventh, or 14.4 percent, of all U.S. business owners.