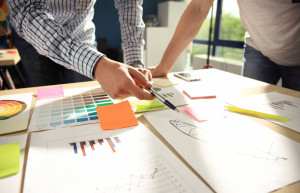 Did you know that companies owned by Millennials are one of the fastest-growing types of businesses today? More so than any other generation before them, Millennials have a strong desire to own their own businesses. Studies show that almost half of young adults in their 20s and 30s plan to own their own business in the next five years. In one survey, 30% of young adults said they have already started some kind of business (compared with 19% for Baby Boomers and 22% for members of Generation X). It’s easy to see why many in business world are calling Millennials the ‘entrepreneurial generation.’

Millennials came of age in a world of superstar entrepreneurs like Mark Zuckerberg and Steve Jobs as well as TV Shows like Shark Tank. Many also saw their parents struggle with the economic downturn of the late 2000s and/or face layoffs from major corporations. Research shows that 61% of Millennials are committed to the idea of owning their own business because they believe that the best job security comes not from being employed by someone else but by yourself. That’s much higher than Baby Boomers (36%) and Generation X (40%).

Research also shows that young adults aren’t just dreaming of entrepreneurship. In one study of business owners, those between the ages of 20 and 35 had, on average, founded businesses at double the rate of those over the age of 50. Nearly 60% of Millennials in one survey said that with the right idea, financing and resources, they would start a business in the next year. In one study of 19- to 30-year-olds, 38% of respondents said they would pursue a promising startup opportunity rather than finish a traditional college degree. The results are fascinating, especially given the fact that Millennials make up more than a third of the U.S. workforce and are projected to comprise half of the U.S. workforce by 2020.

Find awesome listings near you!